In 2011, Tom opened an office in Owen Sound, ON to service the fast growing needs of Grey Bruce and Simcoe County. Protecting the Sound and Around!

One of the keys of success is retaining your existing Clients and satisfying their needs establishing what works, what needs to be improved on and making the proper changes to provide the Client with a better end product and satisfaction.
Tom is professional when meeting new Clients and when on the job. He not only uses professionalism, but discretion and confidentiality is of extreme importance in his field. He also assures that his Staff is safe and well informed with Post Orders.

Janet has worked in the field of Office Administration since 1995.  Her career started as a Parish Office Co-ordinator at St. George’s Anglican Church in Owen Sound, ON. Her tasks were many including booking the facility, preparing Church Bulletins and working with the Board of Management.  She also worked at Sears Canada in retail and was a Beauty Advisor and Manager for Lancôme Cosmetics.

​In 2012, Janet acquired her Security Guard License and is now a Supervisor for Fairmount Security Services; she has worked in Toronto and the Owen Sound and surrounding areas  doing Concert Venues and Events as well as Parking and By Law at the Georgian Shores Marina in Owen Sound and Cobble Beach Security. Janet is  First Aid Certified with Level C, with A.E.D. training has achieved an acceptable level of competency and knowledge in the Basic Defense Tactics, Use of Force and Handcuffing Program.
Janet now wears two hats working for Thomas Wheildon in the BDO building in Owen Sound; ​
She multi-tasks, updating employee files, preparing Client Proposals, Quotes and Contracts and she does the payroll for Fairmount Holdings Inc. for two Companies.

In 2014 Janet opened Jan’s Candles and Gifts in downtown Owen Sound under the umbrella of Fairmount Holdings Inc. and with the help of her life partner, Thomas. While only starting with a few candles in the store and a bare shell of an older run down building; renovations began and we now, Tanning beds, and carry a variety of items such as:  Sigrids Natural Skin Care Products, homemade candles, a collection of Rootham natural preserves, Buddah Company with chemical free lotions and soaps, and a new line of Gibbons honey, Muskoka and Country Home Candles all made locally by Canadians in our Community.    This business gives joy to all of our repeat customers.
Janet’s pleasant demeanor, humour and smile welcomes all the business Clients & friends that she encounters.  Her skills and training in Security have most definitely helped her deal with all kinds of situations in life and in business, and how to overcome them.
​Janet looks forwarding to meeting new challenges, whether if be with Security personnel, Clients, Staff or Customers in a professional manner and to the best of her ability. 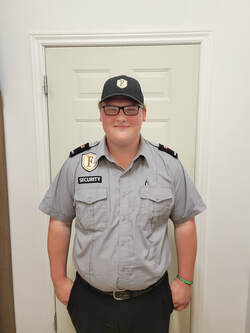 ​Brennan graduated from Peninsula Shores Distract School with a High Skills Major Certificate in 2018. Born and raised in Grey and Bruce County. Brennan started his career in the trades doing tool and dye and sheet metal fabrication before deciding to acquire his security license in August 2020.

Brennan is certified in Level C First Aid. He has 1 year of security experience with Fairmount Security Services. This includes Loss Prevention at Shoppers Drug Mart Owen Sound, Access Control of Concert Venues and Events, as well as Mobile Patrols and surveillance. 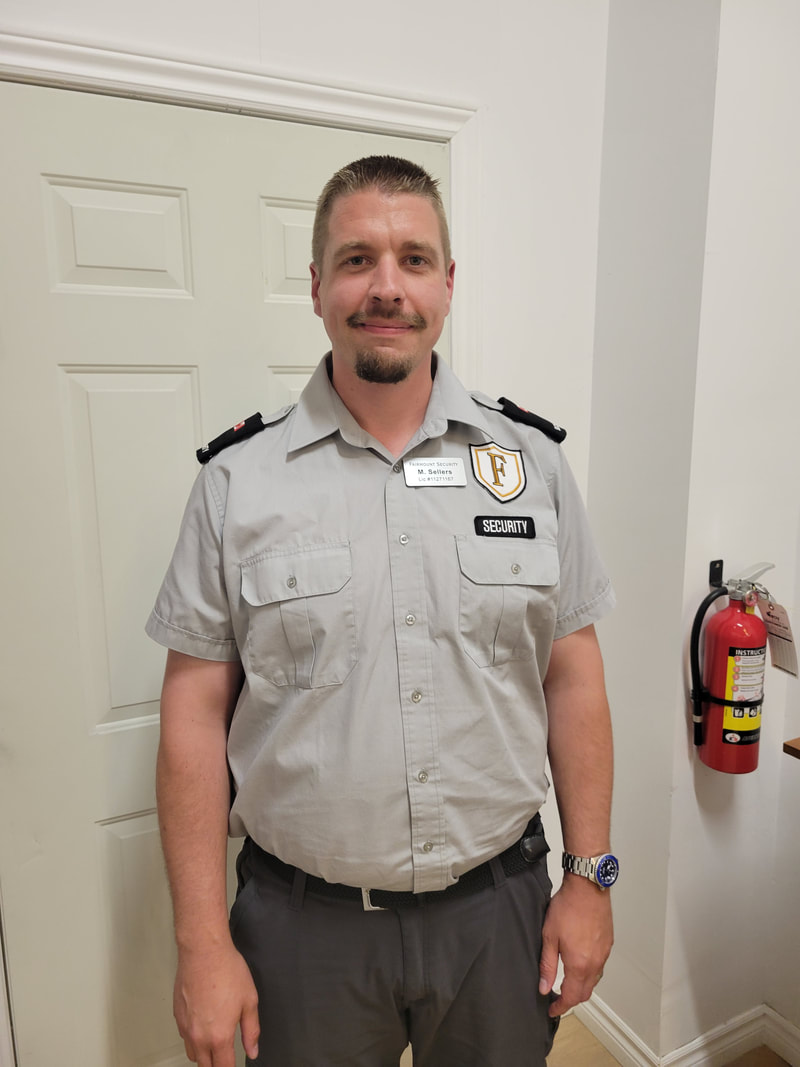 ​Matthew's interest in security began around 2012 when he started coding websites and working with an e-commerce platform and had to develop an understanding of how CGI script running in the background keeps them safe from online hack attempts which became problematic on a few occasions during those projects. A year later he also began using such IT skills to build a home network of security cameras from scratch by wiring and electrically powering individual IP cameras of different brands that were linked together over an ethernet switch into a PC software based system that could be remotely viewed over the internet. Those network cameras proved useful in a few incidents around the property and served to deter criminal activity.

By 2018 Matthew was an active hobbyist with locks and safes refurbishing damaged and vintage floor safes, cleaning and painting them as well as rebuilding their locking mechanisms back to good working order. His love of the technical and hands-on aspects of security hardware also spilled over from heavy duty padlocks into all kinds of outdoorsman related gear such as hunting equipment and high end flashlights.

Originally from Waterloo Region where he grew up and went to school, Matthew moved to Grey County in October 2020 with his family of 4 to achieve their goal of doing some country living. With a previous industrial background as a heavy forklift operator in the warehousing and logistics field Matthew also enjoyed working with hydraulics and mechanical equipment in a factory setting.

A historical fascination with early 20th century Police implements inspired Matthew to go ahead and get his Security Guard license in 2020, then after his move to the Owen Sound area he was ready to make a career change into that field where he soon began employment with CEO Tom Wheildon of Wheildon Investments Inc., O/A Fairmount Security Services doing loss prevention and private security for Tom's Owen Sound based clients as well as a variety of Ministry of Health related Sites.